Bali is an island and province of Indonesia with the biggest Hindu population. The province includes the island of Bali and a few smaller neighbouring islands, notably Nusa Penida, Nusa Lembongan and Nusa Ceningan. It is located at the westernmost end of the Lesser Sunda Islands, with Java to the west and Lombok to the east. Its capital, Denpasar, is located in the southern part of the island. Bali is a popular tourist destination, which has seen a significant rise in tourists since the 1980s.Tourism-related business makes up 80% of its economy. It is renowned for its highly developed arts, including traditional and modern dance, sculpture, painting, leather, metalworking and music.

Bali's central mountains include several peaks over 2,000 metres (6,600 feet) in elevation and active volcanoes such as Mount Batur. The highest is Mount Agung (3,031 m, 9,944 ft), known as the "mother mountain", which is an active volcano rated as one of the world's most likely sites for a massive eruption within the next 100 years. As of late 2017 Mount Agung has started erupting and large numbers of people have been evacuated, the airport in Bali has been closed. The extent of the eruption is as of November 2017 impossible to predict. Mountains range from center to the eastern side, with Mount Agung the easternmost peak. Bali's volcanic nature has contributed to its exceptional fertility and its tall mountain ranges provide the high rainfall that supports the highly productive agriculture sector. South of the mountains is a broad, steadily descending area where most of Bali's large rice crop is grown. The northern side of the mountains slopes more steeply to the sea and is the main coffee producing area of the island, along with rice, vegetables and cattle. The longest river, Ayung River, flows approximately 75 km (47 mi).

The island is surrounded by coral reefs. Beaches in the south tend to have white sand while those in the north and west have black sand. Bali has no major waterways, although the Ho River is navigable by small sampan boats. Black sand beaches between Pasut and Klatingdukuh are being developed for tourism, but apart from the seaside temple of Tanah Lot, they are not yet used for significant tourism. The largest city is the provincial capital, Denpasar, near the southern coast. Its population is around 491,500 (2002). Bali's second-largest city is the old colonial capital, Singaraja, which is located on the north coast and is home to around 100,000 people. Other important cities include the beach resort, Kuta, which is practically part of Denpasar's urban area, and Ubud, situated at the north of Denpasar, is the island's cultural centre.

Bali is the most popular island holiday destination in the Indonesian archipelago, with good reason. Here you’ll experience a fine combination of sandy beaches and rolling surf, an ancient culture known for its warm hospitality, and exotic temples and palaces set against stunning natural backdrops. There are innumerable temples, historical sites, and spots of natural beauty spread across the magical island of Bali.

Bali island is rich in natural beauty, with attractions for every kind of traveler. Surfers come for the legendary swells, hikers can trek up jungly volcanic peaks and to misty waterfalls, and cyclists can bike through lush landscapes bristling with rice terraces and traditional villages. Here we have gathered the best Things to Do in Bali : 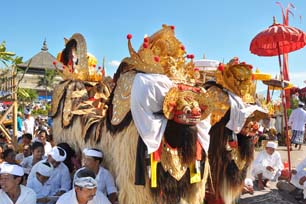 Culture Bali is renowned for its diverse and sophisticated art forms, such as painting, sculpture, woodcarving, handcrafts, and performing arts. Balinese cuisine is also distinctive. Balinese percussion orchestra music, known as gamelan, is highly developed and varied. Balinese performing arts often portray stories from Hindu epics such as the Ramayana but with heavy Balinese influence. Famous Balinese dances include pendet, legong, baris, topeng, barong, gong keybar, and kecak (the monkey dance). Bali boasts one of the most diverse and innovative performing arts cultures in the world, with paid performances at thousands of temple festivals, private ceremonies, or public shows. 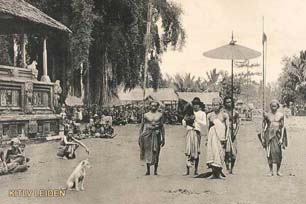 The first Hindus arrived in Bali as early as 100 BC, but the unique culture which is so apparent to any current day visitor to Bali hails largely from neighbouring Java, with some influence from Bali's distant animist past. The Javanese Majapahit Empire's rule over Bali became complete in the 14th century when Gajah Mada, Prime Minister of the Javanese king, defeated the Balinese king at Bedulu.

The rule of the Majapahit Empire resulted in the initial influx of Javanese culture, most of all in architecture, dance, painting, sculpture and the wayang puppet theatre. All of this is still very apparent today. The very few Balinese who did not adopt this Javanese Hindu culture are known today as the Bali Aga ("original Balinese") and still live in the isolated villages of Tenganan near Candidasa and Trunyan on the remote eastern shore of Lake Batur at Kintamani.

With the rise of Islam in the Indonesian archipelago, the Majapahit Empire in Java fell and Bali became independent near the turn of the 16th century. The Javanese aristocracy found refuge in Bali, bringing an even stronger influx of Hindu arts, literature and religion.

Divided among a number of ruling rajas, occasionally battling off invaders from now Islamic Java to the west and making forays to conquer Lombok to the east, the north of the island was finally captured by the Dutch colonialists in a series of brutal wars from 1846 to 1849. Southern Bali was not conquered until 1906, and eastern Bali did not surrender until 1908. In both 1906 and 1908, many Balinese chose death over disgrace and fought en-masse until the bitter end, often walking straight into Dutch cannons and gunfire. This manner of suicidal fighting to the death is known as puputan. Victory was bittersweet, as the images of the puputan highly tarnished the Dutch in the international community. Perhaps to make up for this, the Dutch did not make the Balinese enter into a forced cultivation system, as had happened in Java, and instead tried to promote Balinese culture through their policy of Baliseering or the "Balinisation of Bali".

Bali has long been a center for clubbing and going out at night. Nearly half a century ago, the island was a popular stop for hippies and surfers, and its relaxed and tolerant culture has allowed a thriving party scene to grow over the decades. Its relative proximity to Australia, Japan, Singapore and the continous stream of visitors from those countries turned Bali into a world-class destination for nightlife.

The Sky Dome Super Club is the main clubbing space among the different venues within the 61 Legian Sky Garden Entertainment Complex on the Legian main street. The whole site is a nightlife destination with multiple clubs inside. ( Open: Daily from 21:00 until early morning )

Mirror Bali Lounge and Club welcomes night owls to its hip lounge and party venue on Seminyak’s main Petitenget route, which comes with a difference. The venue’s interiors and overall design is akin to a Gothic cathedral ( Open: Wed-Sat 23:00-04:00 )

Bounty Discotheque is one of Bali's legendary hotspots, famous for its wet n’ wild parties and a regular destination for schoolies from Down Under. It is a one-stop entertainment complex combining a large discotheque and dance floor ( Open: 20:00 - 04:00 )

Jenja features an ultra-chic Middle-Eastern restaurant on its top level, while a spiraling stairs transports you down to its nightclub where a bar serves a great selection of cocktails and booze adjacent a dance floor, DJ booth and lounges. ( Open: Wed-Sun 22:00 – 02:00 )

OPIVM (pronounced Opium) Bali is a two-storey nightclub located in Seminyak, where you can party away with exclusive VIP bottles and shisha services courtesy of personal table butlers, available in selected areas of the club. ( Open: 22:00 - 04:00 )

ZIA Bali – Kuta is a 3 star plus with 115 rooms, a real smart hotel strategically located at Kuta, 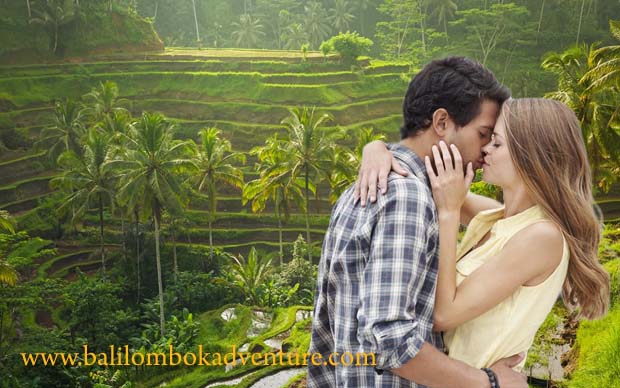 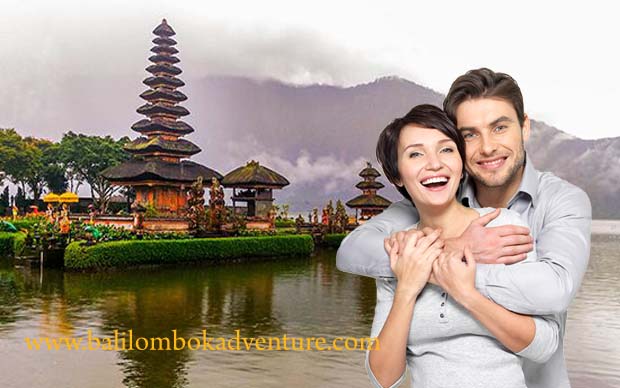 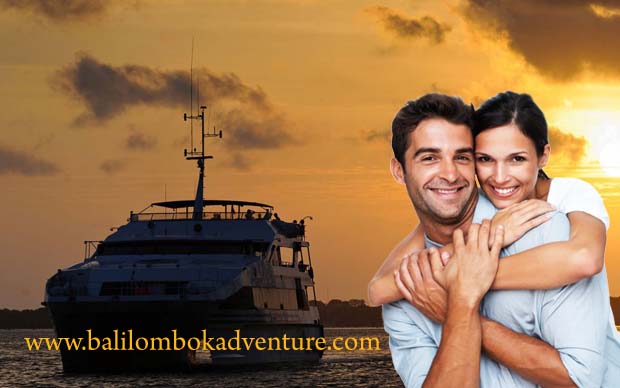 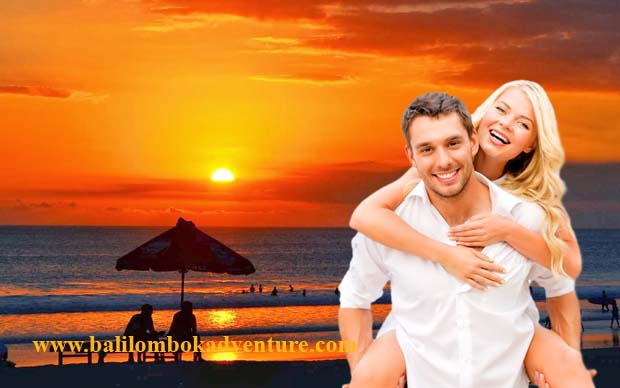